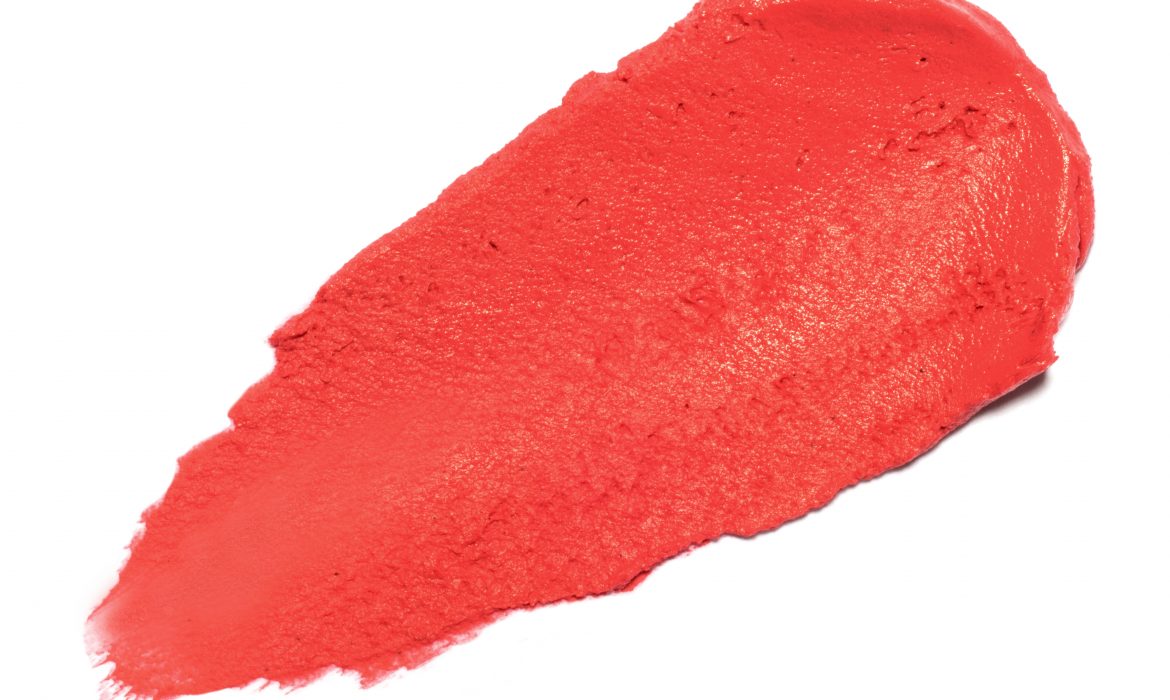 Kirsten created a simple, elegant, evening look on an audience member. She first prepped the skin using the new cleanser and toner and then went over using the facial oil which created a glowy, radiant base. The secret ingredient? Dioscorea Batatas otherwise known as the root of life. This root is biodynamically harvested in a way exclusive to Kjaer Weis and its radiance is imparted into the face.

Kirsten then used the cream foundation to start off the look and gave the advice that ‘if you fall between two shades, always go for the darker one. When foundation is too light- that’s when it looks like foundation.’ She then went in with the lighter shade underneath the eyes to brighten the area. Kirsten explained that they want to expand their foundation range and if they do make concealer they will be more of a corrector as the foundation can work like a concealer.

The eyebrows were next where Kirsten used the eyeshadow shade Grace and the angled brush to create fuller brows. Grace has an ashier undertone which works best for the eyebrows as some browns tend to look a little too orange on the skin. She also advised that an eyeshadow rather than an eye pencil works best as the heat from the skin can cause the pencil to melt making it hard to control.

She then created a simple smokey eye;

“People ask me all the time how many colours do I need to create a smokey eye? And you really only need three, a light, a medium and a dark.”

Using the brand’s brushes, she buffed out the colours to create a dramatic but wearable look. Although the brushes are all synthetic they are just as soft as natural hair. Once again this was only made possible by the Italians. The mascara was then applied from root to the end of the lashes. Kirsten explained that the mascara seemed smaller than others on the market as it had a shorter expiry date (3 months) and that the size was to stop product from being wasted.

After this, she finished off the complexion. Buffing in cream blush into the apples of the cheeks. Kirsten was very particular about blending out the blusher ensuring that there were no harsh lines. The velvety formula of the blushes diffused into her face making it look like her own natural glow. Kirsten gradually added the blush, building colour as she went.

She then went on to explain that for a softer look, you should avoid bronzer.

“During the day time bronzer can look harsh. It is too heavy and you really need time to be able to blend it out properly. It can be difficult to pull off for a day look- unless you’re Kim Kardashian that is.”

For the finishing touch Kirsten applied the radiance highlight. She explained how it really should be at the highest point of the face and should catch the light rather than just looking like a sparkly beam on the face. She applied it just underneath the corner of the eye where the bone laid. She then took it down the centre of her face for a glowy touch.

To set the makeup in place she simply applied powder to the T-zone- explaining that there was no need to apply it anywhere else due to the fact that your face does not sweat anywhere and powder here can make the blushes and highlight fall flat.

Kirsten’s key techniques accompanied by her thorough knowledge of the products resulted in a makeup look ready for Vogue.